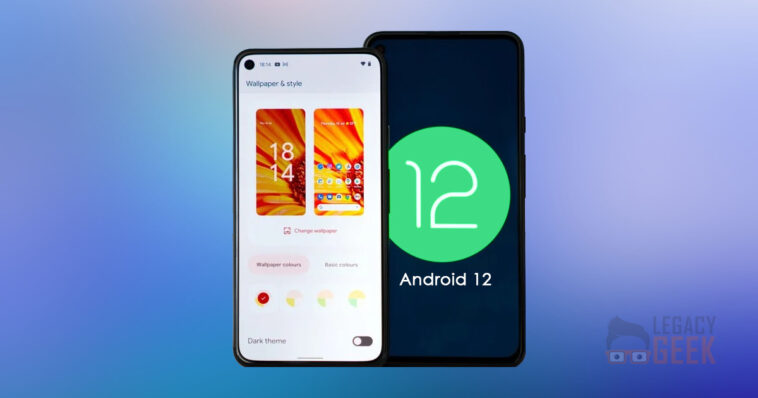 When your existing phone receives the Android 12 update, or if you purchase one of the finest Android phones with Android 12 pre-installed, these are the Android 12 tips and techniques you should be aware of!

In this article, we will discuss the 10 Best Android 12 Tricks & Tips. Let’s get started.

1. Change your phone’s look with the seasons

It’s been a while since Android widgets got some attention. But, in response to Apple’s growing enthusiasm for widgets on its otherwise boring home screen, Google has decided to show them who was first by giving its neglected widgets some love.

Some of your favorite system widgets have received significant updates or new additions with Android 12. The most noticeable addition to the crew is the clock widget, which now comes in four different layouts.

While it isn’t the only thing new in Android 12, the new theme engine is undeniably the highlight of this enormous upgrade. The powerful theme engine in Android 12 appears to be best enjoyed on a Google Pixel phone, however, many phones running Android 12 should have similar functionality. All you need to do to get started is change your wallpaper.

To access the wallpaper & style app, long-press any empty spot on your home screen and pick wallpaper & style. Based on the wallpaper selected, Google’s algorithms will automatically extract up to four distinct theme possibilities, which you can select underneath the Change wallpaper option. If you don’t like one of the automated choices, you can choose from four colors under the same app’s basic colors section.

Colors fluctuate depending on whether you’ve set the phone to light or dark mode, so play around with those settings to discover your preferred combination. You may even choose to automatically apply the selected theme to supported apps, albeit not all of your favorite apps have likely been upgraded to the new theme engine yet. If inconsistency bothers you, turn off this setting.

3. Searching has been simpler

You may notice a new icon next to the voice search microphone at the bottom of your home screen. That camera shutter icon is a quick shortcut to Google Lens’ visual search, which allows you to take a picture of anything and get visual search results directly from Google.

For a variety of reasons, visual searching is preferable to typing it in. Perhaps it’s looking for a flower you saw on your daily neighborhood walk or scanning the QR code at the restaurant you just ate at. Whatever you’re looking for, Google Lens is the quickest way to find it.

Google’s new device search can be accessed by simply putting anything into the app drawer’s search field. Swipe the drawers up, type in a word or name, and everything from apps to conversations and emails will be displayed. It will even show you the files you have downloaded. It’s a new way of arranging information that’s now a one-stop shop for whatever you might need to have on your phone.

To keep things much easier, you can set the keyboard to appear automatically when you open the app drawer. While this may be disconcerting at first, having everything within a few key presses of each other rapidly becomes the quickest way to access everything that can’t be pinned to the home screen. To do so, select Always show keyboard from the overflow menu on the right side of the device search bar (the one in the app drawer).

4. A fast touch on the back

With the Pixel 5, Google moved away from using a squeeze to launch Assistant and instead used alternative means, such as the power button. Initially buried was the Pixel 5’s ability to open shortcuts or apps with a rapid tap on the back of the phone, basically acting as an extra quick launch button in the absence of a physical button.

This makes it simple to play or pause music, launch your favorite digital assistant, view your recently used apps, or open any custom app.

Google is expanding the number of functions you can set to the back tap in Android 12, but only a few devices support this new functionality. Here’s how to set up back tap on a device that supports it, such as the Pixel 5.

5. Sort your quick toggles by importance

Google limited the number of quick toggles displayed in the notification shade in Android 12. In place of the five small icons, there are now four larger rounded-off rectangular buttons. Similarly, when you drag down the notification shade all the way, there are only eight toggles available, whereas Android 11 featured ten toggles. As a result, you’ll need to prioritize these toggles in order to make the best of the scenario.

Customizing your quick toggles is as simple as pulling down the notification shade all the way and hitting the pencil symbol underneath the last row of quick toggles, as before. Pay special attention to what’s in this menu as well, since Google has introduced a few new toggles that are definitely worth exploring.

6. Only rotate when it makes sense

If you have ever been lying on the bed, viewing something on your phone, when it starts rotating on its own? This is particularly typical when you’re lying on your side and trying to read portrait content while holding your phone in landscape mode. You could disable auto-rotation, but Google has figured out a few methods over the years and can now use machine learning to identify the direction of your face relative to the phone.

In a word, this implies that the phone will not rotate if it detects that your face is oriented in the same way as the screen. To enable the new face detection mode, go to display settings in the phone’s system settings app, select the auto-rotate screen, and check the box next to the face detection feature.

Google stores all camera data received for the purpose of using this feature on your phone, behind the Android Privacy Core, and inaccessible to any other apps. It’s also not saved once it’s used to determine whether the phone should rotate or not, so there’s no need to be concerned about that data lingering anywhere. If you don’t want your phone to stare at you, here’s how to turn off Android 12’s head-based auto-rotation feature.

A new set of buttons in the fast toggle panel allows you to universally revoke camera and microphone access for all apps on the phone. These buttons may be used to temporarily disable all cameras and microphones on your device, which could be a lifesaver for the virtual meetings we’re all a part of these days.

To access these new buttons, pull down your notification shade all the way and hit the edit button (it looks like a pencil), then drag the camera access and mic access buttons up into the active section of the fast toggles panel. Pull down the notification shade and click either of the relevant buttons to stop camera or microphone access.

In Android 11, Google included a device control panel to the power menu. It was a popular feature since it made controlling smart home devices as simple as pressing and holding the power button and tapping on a quick toggle. In Android 12, Google is aligning its designs with Samsung, using the power button to summon Google Assistant instead. You can easily stop this feature by opening the Settings app, scrolling down to System, choosing gestures, and then toggle the press and hold power button choice.

Whether you’re searching for device controls, you’ll locate them in one of two places: in the notification area as a quick toggle – that I would recommend shifting to the top four if you use it frequently – or in the bottom-left corner of the lock screen. The device controls panel seems identical to what we have seen in Android 11. The change is accessing it, and while it has caused quite a stir among beta testers, it’s likely that Google will retain device controls in these areas for the foreseeable being.

9. Sharing with a close friend

For years, Google has experimented with local sharing features. Previously, in Android 11, Nearby share was only usable if the person you were sharing with was in your contacts list. However, the most recent Nearby Share enhancements make it easier than ever to rapidly share a link, photo, or other content with anyone in your general physical vicinity. When you pull down the notification shade, you may immediately access nearby shares by utilizing the quick tile.

When you pick nearby share on Android 12, a new half-sized dialogue box opens at the bottom of your screen, allowing you to enable sharing for everyone around. Google’s design allows you to temporarily pick the everyone sharing mode, eliminating the risk of what happens when Apple’s AirDrop technology is used. This new design also means that selecting this option is a one-tap adjustment when previously you would have had to go into sharing settings to change this value.

10. Learn about the new Internet panel

Before we leave the quick toggles section, you might wish to select the Internet option. Previously, this rapid toggle only handled Wi-Fi connections, and even then, the quick switch feature was eliminated in recent Android versions. Quick switching is back, and Google has integrated Wi-Fi and mobile data into a single handy panel dubbed the Internet panel.

When you click on this new fast tile, a half-sized dialogue box appears from the bottom of the phone, allowing you to rapidly switch between Wi-Fi networks and toggle Wi-Fi and mobile data on or off. 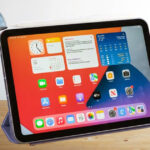