Switch to the dark mode that's kinder on your eyes at night time.

Switch to the light mode that's kinder on your eyes at day time.

After you’ve gone through this vast collection of advanced tips, you’ll be zipping around Chrome OS like an expert in no time. Here is the list of Chromebook Tips and Tricks. 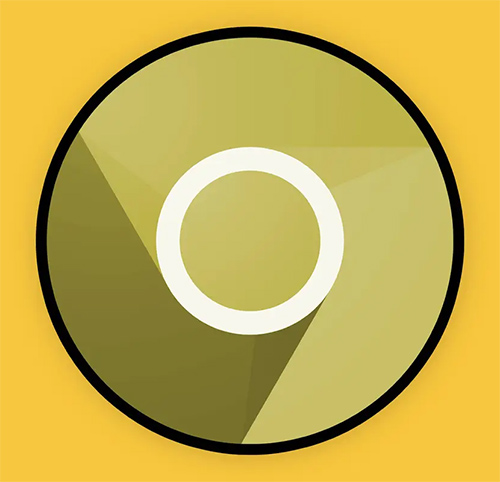 1. The Chrome OS launchers — the drawer-like interface that emerges when you tap the Everything key (also known as the Search key or Launcher key) or when you tap the circle symbol in the lower-left corner of the screen — is a strong universal search tool. Simply start typing as soon as it appears, and you can search and open programs, pull up webpages, and even get answers to particular inquiries straight away – no clicking or digging required.

2. The launcher also has several easily ignored secondary abilities. To put Google to work at the system level, try entering in computations like 172.4/3 or unit conversions like 14.9 feet to meters.

3. The same launcher window on most modern Chromebooks serves as a doorway for communicating with the Google Assistant. As a result, certain intriguing Chrome-OS-specific possibilities emerge. You could ask the Assistant to produce a new document, spreadsheet, or presentation, for example, or to tell you what’s on your agenda for the next day. (For additional more helpful commands to consider, see this list of 22 worthwhile ways to use Google Assistant on a Chromebook.)

4. Chrome OS contains a hidden gesture for accessing the completely extended app drawer portion of the launcher, which is very useful when using a Chromebook as a tablet: Simply slide up from an open area at the bottom of the screen, and your whole list of installed applications will appear, exactly as on Google’s Pixel phones.

5. Want to access the launcher’s completely extended app drawer without touching the screen? Shift and the Everything key should be pressed at the same time. Shazam!

6. To conceal the shelf — the row of pinned favorites at the bottom of your screen — right-click or long-press on it, and then select the “Autohide shelf” option that displays. If you have an app or window open, the shelf will disappear and reappear when you mouse over its region or swipe upward from the bottom of the screen. When you’re viewing your desktop, the shelf will always be visible.

7. To access any item on your shelf quickly, hit Alt and then the number key that corresponds to its position: Alt-1 for the first program on the list, Alt-2 for the second, and so on.

8. Right-click or long-press on any app on your shelf or the main launcher to get a list of program-specific shortcuts. Android apps provide the most options, with many offering one-touch access to operations like composing new messages, starting new documents, or navigating to specific folders or accounts.

9. Chrome OS has a strikingly Android-like combined Quick Settings and notification panel in the lower-right corner, which you can access without taking your hands off your keyboard by hitting Shift-Alt-N from anywhere in the system.

10. You may be unaware, but your Chromebook features a useful Overview interface for managing open programs and windows. You can get to it by pressing the button on your keyboard that looks like a box with two lines (in the function row, directly to the left of the brightness controls), and while there, you can navigate to any other program by clicking its thumbnail or using the Tab key to focus on it and then hitting Enter.

Meanwhile, you can close any app by clicking the “x” in the top right corner or swiping up or down on it directly on the screen (assuming you have a Chromebook with a touch-enabled display; otherwise, you’ll just make a smudge and look dumb).

11. Do you like to navigate with your trackpad? Make a mental note of the following useful hidden trick: You may launch the Overview interface by swiping up with three fingers on your trackpad from anywhere in the system to see all of your open apps and windows. Then, with three fingers, swipe downward to return to your most recently utilized procedure.

12. When your flexible Chromebook is in tablet mode (with the keyboard detached or swiveled around the back), swiping up from the bottom of the screen reveals your pinned favorites shelf. Swiping up and holding your finger down will open the Overview interface, similar to the existing Android gesture system while swiping up and letting go will return you to your desktop home screen.

13. In tablet mode, you can also use the Overview screen to open two apps side by side in a split-screen arrangement by dragging an app’s thumbnail to the left or right side of the screen. When you see that half of the screen light up, let go, and fill the other half with another active app from the Overview interface or a new app from your launcher. You can use any combination of websites, Chrome apps, Android apps, and even Linux apps to accomplish this (more on those in a moment).

14. Press and hold the black bar in the center of the screen while viewing two apps in split-screen mode, and drag it in either direction to make either side larger or smaller.

15. Do you prefer a faster way to switch between processes, similar to Alt-Tab? That’s also on your Chromebook — literally: Simply press Alt-Tab once to switch between your two most recently used apps or windows, or press and hold Alt-Tab to bring up a quick switching utility that allows you to switch between all of your currently open items.

16. If you ever want to move backward in your Alt-Tab list — from right to left instead of left to right — holding Shift while pressing Alt and Tab will put you in reverse and allow you to complete the task.

By pressing Alt and -, you can minimize an app or window (the minus key). To return the app or window to its previous position, press the same key sequence once more.

19. Press Alt and = to maximize an app or window (the equals key). To return the app to its default centered position, press the same key sequence once more.

20. Consider using Chrome OS’s Virtual Desks feature if you have a tendency to keep a lot of tabs open at once and work on multiple projects at once. Virtual Desks, like Windows and macOS virtual desktop systems, allow you to divide your open apps and windows into separate work environments. By looking for the commands at the top of the Overview screen, you can create new desks or switch between your current desks. Also, any desk can be renamed from its default “Desk 1”-style name by clicking on it and typing whatever you want into the space provided.

21. Create folders within the Chrome OS launcher to help organize your Chromebook’s main app list. All you have to do is click or tap on any app and drag it over the icon of another app. You can then open the folder and give it a name by clicking or tapping on it. And if you ever want to remove an app from a folder, simply click or tap it and drag it out.